The most common types of psychedelics 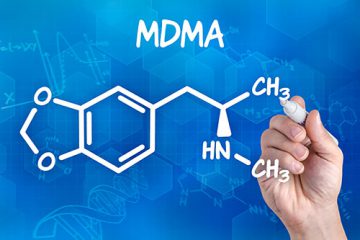 Here at the Magic Mushrooms Shop we appreciate the benefits psychedelics can bring us, and since magic mushrooms aren’t the only types of psychedelic out there, we thought we would bring you a short guide, let's take a look at the most common ones.

Natural psychedelics are the ones found in nature. They come in the form of herbs, cacti, mushrooms, and even animals. They’ve been used for millennia by our ancestors as medicine, for creative inspiration, and spiritual practices.

Synthetic psychedelics on the other hand are much more recent and have been developed by scientists in a lab. This means that they’re usually purer and more concentrated.

Today, although used for recreational purposes,  most of these substances are also currently being tested for therapeutic use to treat a variety of psychological and physical conditions.

All the substances we will take a look at below are Schedule 1 controlled substances, which means that it currently has no accepted medical use and has a "high potential for abuse" (something that most therapeutic proponents dispute). Because of that designation, many of the current research trials are privately funded by the Multidisciplinary Association for Psychedelic Studies, or MAPS.

But the good news is that in many countries, such as the USA, a push to legalize or decriminalize drugs is gaining momentum. 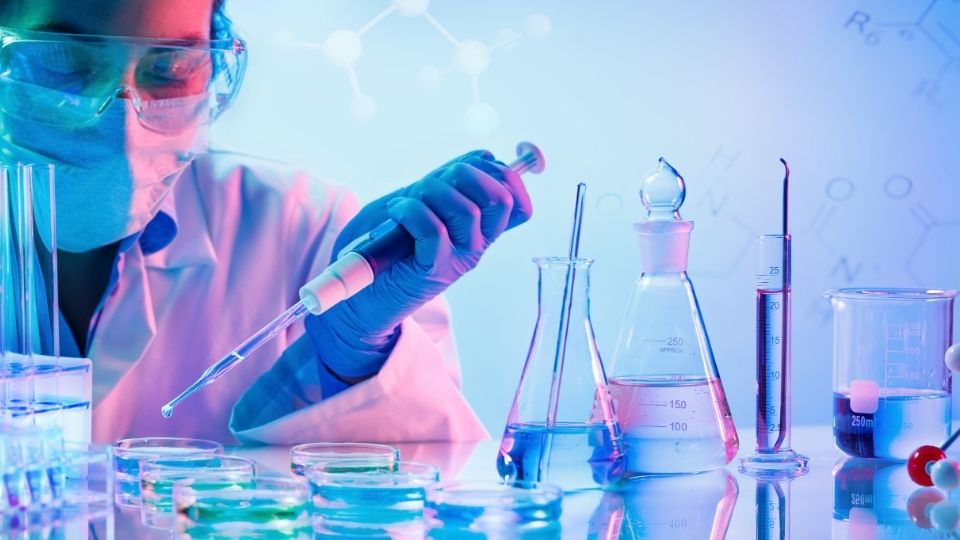 In order to make synthetic psychedelics, you need to go through a chemical process of synthesis. This happens with one or more chemical reactions that will create a compound from simpler materials. The process is artificial. It does not involve the use of psychedelic plants or mushrooms.

There are other synthetic psychedelics that a chemist will invent in a lab. These are chemicals that do not exist in nature. Some of these have existed for a while (such as MDMA and 2CB), whereas others are newer, take caution when looking into these untested substances.

Where would the world be without Albert Hoffman and his revolutionary creation, Lysergic Acid Diethylamide? LSD is also known as acid and it’s probably the most famous synthetic psychedelic. It was developed from a fungus called ergot which may have been getting the ancient Greeks high.

Acid is liquid and is usually put on tabs, it’s powerful, so you only need a tiny amount. Within 30 minutes of taking it, you’ll be in crazy, colorful acid land and you’ll stay there for around 6 hours.  Some users will tell you acid helped them get some deep insight about themselves, their lives, and the world that surrounds them.

People take acid mostly for recreational purposes, but more and more we are seeing the substance being used in therapy. 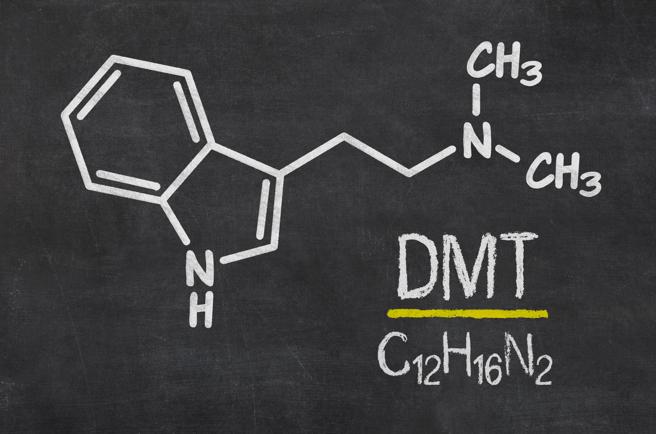 DMT is known as the businessman's trip because it gives you a short but very intense high, and you can basically do it on your lunch break, although we do not recommend it...  DMT is synthesized ayahuasca and it usually comes in a powder that’s smoked.

It hit’s you quickly and by the time the smoke has left your lungs, you´ll be catapulted into a place beyond outer space. Here, you’ll become the subject of judgments and guidance from celestial beings. It’s usually a profound trip but it’s over pretty quickly. You`ll be completely grounded back in the real world a few minutes after taking it.

It is recommended that people with schizophrenia or similar mental health conditions avoid DMT and other hallucinogens. Though rare, reports have attributed DMT and ayahuasca as triggers of severe psychotic episodes

As for Acid, DMT is also being researched for use in therapeutic environments. 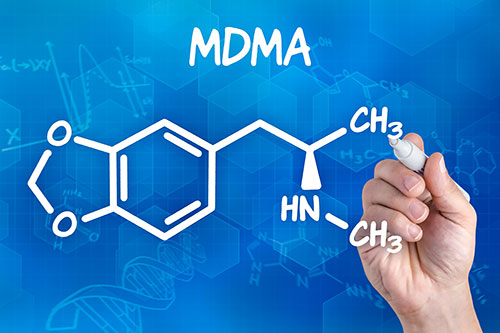 MDMA aka Mandy or Molly makes you feel happy, open, and high and is definitely a mood enhancer. It’s the main ingredient in ecstasy pills but it’s purer when it’s taken as a powder.

It was created by legendary psychonaut scientist Alexander Shulgin who also developed a whole load of other psychoactive substances.

MDMA is probably the most party-friendly psychedelic because it goes really well with music. You usually take it as a powder or pill and after 30 mins you should be feeling floaty and fluffy. The effects last around 5 to 6 hours.

In therapeutic settings, MDMA has been yielding amazing results, under the supervision of specially-trained psychotherapists, patients can treat post-traumatic stress disorders, they can revisit moments of trauma without the usual terror and panic that accompanies PTSD.

The synthetic psychoactive chemical MDMA is emerging as a promising — if unconventional — treatment for PTSD.

The natural world is full of psychedelic plants which are known as entheogens. There are hundreds of naturally occurring psychedelics. We'll take a look at the main three below. 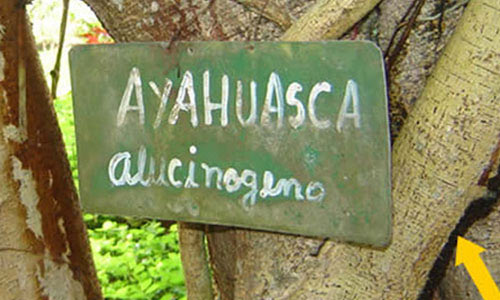 DMT, the main ingredient of Ayahuasca, is a chemical that’s found all over nature, including in our bodies. But deep in the Amazonian rainforest, traditional inhabitants learned to combine two plants to make a DMT rich Ayahuasca brew.

Thes are: Banisteriopsis caapi, which stops your body from breaking down DMT while the other, Psychotria Viridis gives you a strong dose of it. You have to drink the often foul brew to get the effects which are similar to synthetic DMT except that it lasts much longer.

Amazone tribes have been using the drink for spiritual and religious purposes for centuries, it is their sacred beverage. Traditionally a shaman or someone who is an experienced healer will lead the ceremony and prepare the brew.

Today travelling to south america to take Ayahuasca has become some kind of a trend.  It is strongly recommended that Ayahuasca only be taken if supervised by an experienced shaman, one that can care for the people taking it as the trip takes you to intense states of altered consciousness that will last for many hours.

Research has shown that taking Ayahuasca may increase the mindfulness capacity of your brain and improve your overall psychological well-being. 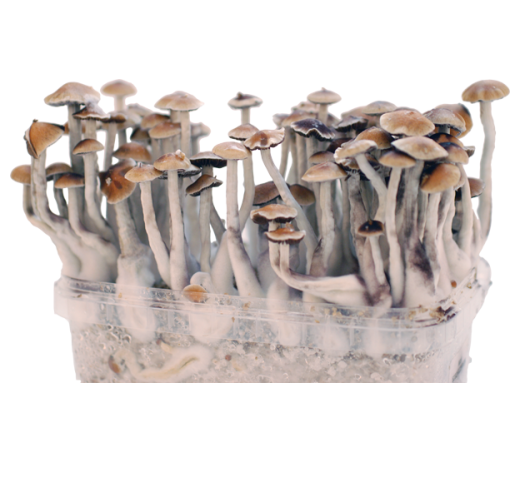 There are over 180 different types of magic mushrooms and truffles and one of the main active ingredients in them is Psilocybin. You can eat magic mushrooms raw, dried, cooked or simply drink them in a tea. They take around 30 minutes to an hour to kick in and they can last for up to 6 hours.

There are currently many trials being conducted to determine if psylocibin could treat depression, and the results have been very positive.

In a small clinical trial, patients with major depressive disorder (MDD) who were given two doses of psilocybin along with psychotherapy showed a reduction in depressive symptoms. The psychedelic’s therapeutic effects persisted for up to 4 weeks with minimal side effects.

Take a look at our selection of Magic Mushrooms kits and do it yourself kits, we have what you need to grow your cubensis in the comfort of your home. 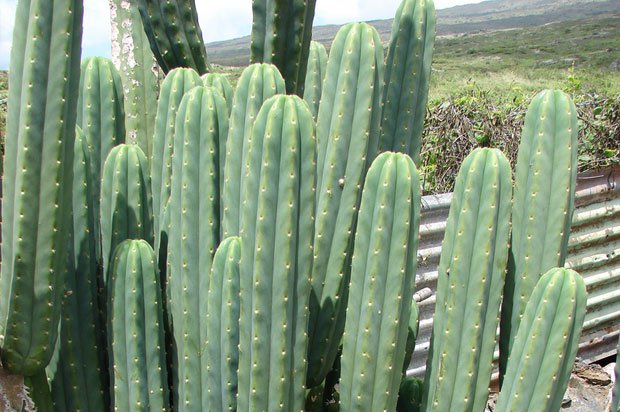 The main types of psychoactive cacti are Peyote and San Pedro and the synthetic drug, Mescaline, comes from these types of psychedelics. To take them, they have to be cut into pieces and then dried in the sun. You can nibble on the chunks or make them into a brew.

The effects are similar to mushrooms and LSD with a strong sense of altered time and self. Psychedelic cacti take around 45 minutes to take hold and you’ll be wandering the psychedelic realms for up to 10 hours.

The Magic Mushrooms Shop has several types of mescaline cacti for sale via our Smartshop, take a look at our selection here.

We hope that our psychedelic guide has given you a good insight into the most common psychedelics. As well as being a whole lot of fun, Psychedelics can also have a positive impact on our daily lives and can potentially improve our mental health.

When it comes to taking any kind of psychedelics, make sure that you do your research first. You must get the right information about dosages. And you should always take them in the company of trusted friends in a safe environment.