Magic Mushrooms: What is Psilocybe and Psilocin?

We all know that Magic Mushrooms make you trip and hallucinate, that's why they are called Magic. But how do magic mushrooms work?  What are the substances that make you trip? 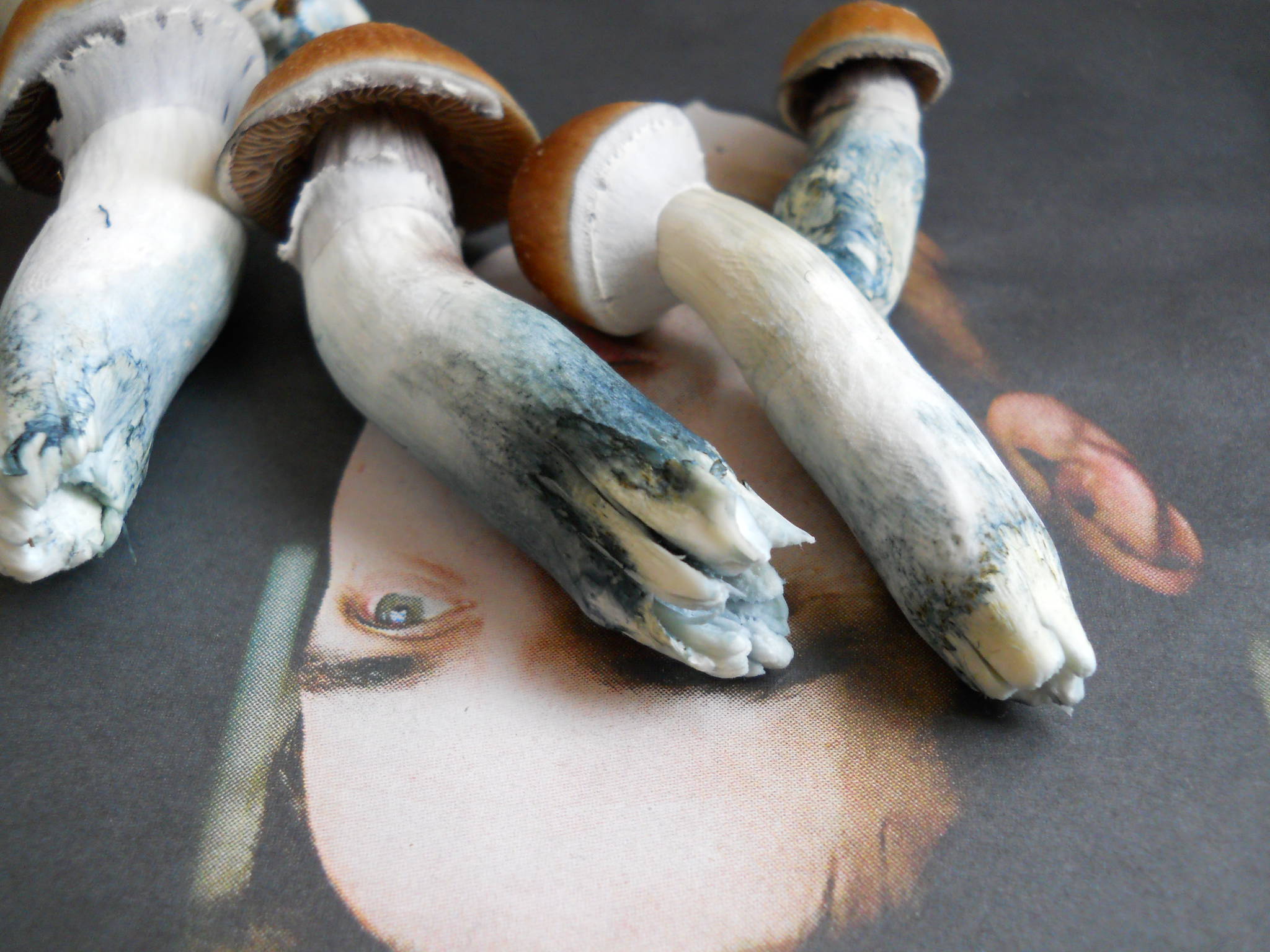 Ever noticed that magic mushrooms stain blue while picking them from your grow kit? The blue color appears because of the substances inside the mushroom oxidize with the air. Which is called bruising.This is your first visual contact with the alkaloid Psilocybin (psilocybe). The other alkaloid in hallucinogenic mushrooms is Psilocin (psilocine),

"The degree of bluing in a Psilocybe fruit body roughly correlates with the concentration of psilocin in the mushroom" (wikipedia psilocybe) The blue-er the mushroom the higher the mushroom potency could be. The bruising of the mushroom stem is also one of the identifying facts of magic mushrooms.

Other names for Psilocybin are:

Other names for Psilocin are :

According the Encyclopedia Britannica the substances Psilocybin and Psilocin are:

To know what Psilocybin and Psilocin look like you will need a bit of  scientific and chemical information about the molecular structure these tryptamines.

Psilocybe it's chemical name is 4-phosphoryloxy-NN-dimethyltryptamine. The Molecular formula is C12H17N204P
Psilocin it's chemical name is 4-hydroxy-NN-dimethyltryptamine (4-OH-DMT). The Molecular formula: C12H16N20
Psilocybin differs from Psilocin in having a phosphate group attached to the molecule at the oxygen atom. In the human body the Psilocybin  is transformed into Psilocin.

What do Psilocybin and Psilocin do?

Both trypatmines Psilocybe and Psilocin  affect the serotonin receptors. Serotonin is a neurotransmitter, a chemical substance that transmits nerve impulses across the space between nerve cells. Serotonin chemical structure is 5-hydroxy-tryptamine or 5HT. As you can see serotonin is also a tryptamine and has similarities with the structure of Psilocin. It regulates mood and sleep.

Can Psilocybin and Psilocin harm you?

Most research to the harm of Psilocybe and Psilocin conclude that the there is a very low harm. When looked at in comparison with other drugs magic mushrooms are rated with the lowest harm. For example Alcohol with the highest. There is no scientific proof of brain damage or addiction to magic mushrooms. "Clinical studies do not suggest that psychedelics cause long-term mental health problems." source Psychedelics and Mental Health: A Population Study

But are they harmless? A "bad" hallucination can occur after ingestion of Psilocybe mushrooms with no preparation or in a busy and hectic environment. This is called a 'Bad Trip'. Which can be described as a negative mushroom trip with a high level of anxiety. Sometimes people get scared and can become a harm to themselves or their environment, but this seldom occurs when taken the right precautions.

"A difficult psychedelic experience is not necessarily a bad one." With proper preparation and understanding it is possible to help a person having a difficult experience to receive the most benefit from it. The Psilocybin and Psilocin are not causing harm to you mentally or physically. But you can get a scary ride from them.

This is why you only use magic mushroom in a low dosage and in a quite and familiar environment. Read the responsible use of magic mushrooms  to get to know all about the safe use of the substances.