The Orissa India magic mushrooms are the only psilocybe cubensis variation in our collection from India. The first specimens were collected by John Allen in near the Bihar border. The Orissa India cubensis are known for their great growing abilities and potency.

When grown from spores the Orissa india can generate big stems with huge caps, comparable with saucers. The India Orissa can even outgrow the B+ mushrooms in size. When grown in a magic mushrooms the first flush will produce lots of medium sized mushrooms. Following flushes are a slightly smaller but will produce much larger Indian Orissa mushrooms, when grown in the right conditions.
A common misconception is that the India Orissa was found growing on elephant dung, but John Allen collected the mushrooms on cow dung form a Braham dairy cattle.

The rumor goes that the Orissa India is one of the strongest magic mushrooms from the Psilocybe Cubensis. 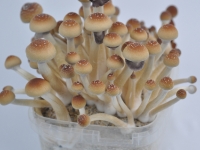 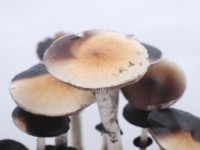 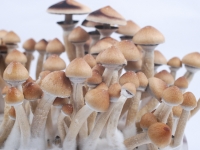 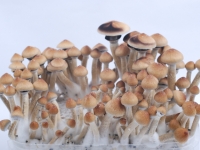 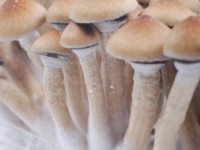 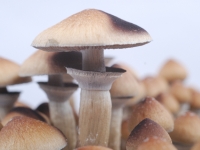 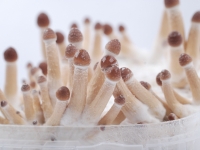