Posted under: Latest News, News and Science, Our products

The Magic Mushrooms Shop is about more than just  Magic Mushroom Kits, we also carry a wide selection of ethno botanical herbs and seeds for every occasion.

A few weeks ago we  introduced you to Damiana, Maca and Ginkgo Biloba, all know for their Aphrodisiac properties.  You can take a look at our blog post for those 3 aphrodisiacs here.

Today we are taking a look at three other herbs that have known aphrodisiac properties.  An aphrodisiac herb increases libido when consumed, it can make sex more attainable and/or pleasurable.  We introduce to you:  Skullcap Scutellaria Galericulata, Clavo Huasca and Muira Puama Ptychopetalum olacoides.

Of course, there are more aphrodisiac herbs on our site that the above mentionned, we will soon be writing about these in the near future: Kola Nut, Sweet Flag, Gotu Kola, Catuaba and Aphrodite mix. 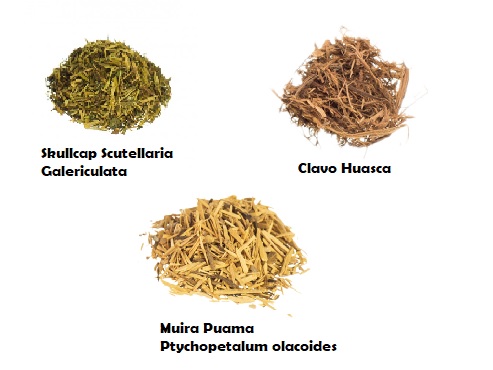 It is common knowledge that there are many things you can do that can bring intensity to your orgasm, including foreplay, but something as simple as a cup of tea  can also be of great help?

Herbs can reduce tension and increase blood flow to areas that are more erogenous  (great for sex of course :-)).  All of these herbs can be taken in teas, fruit juices, shakes and soups. 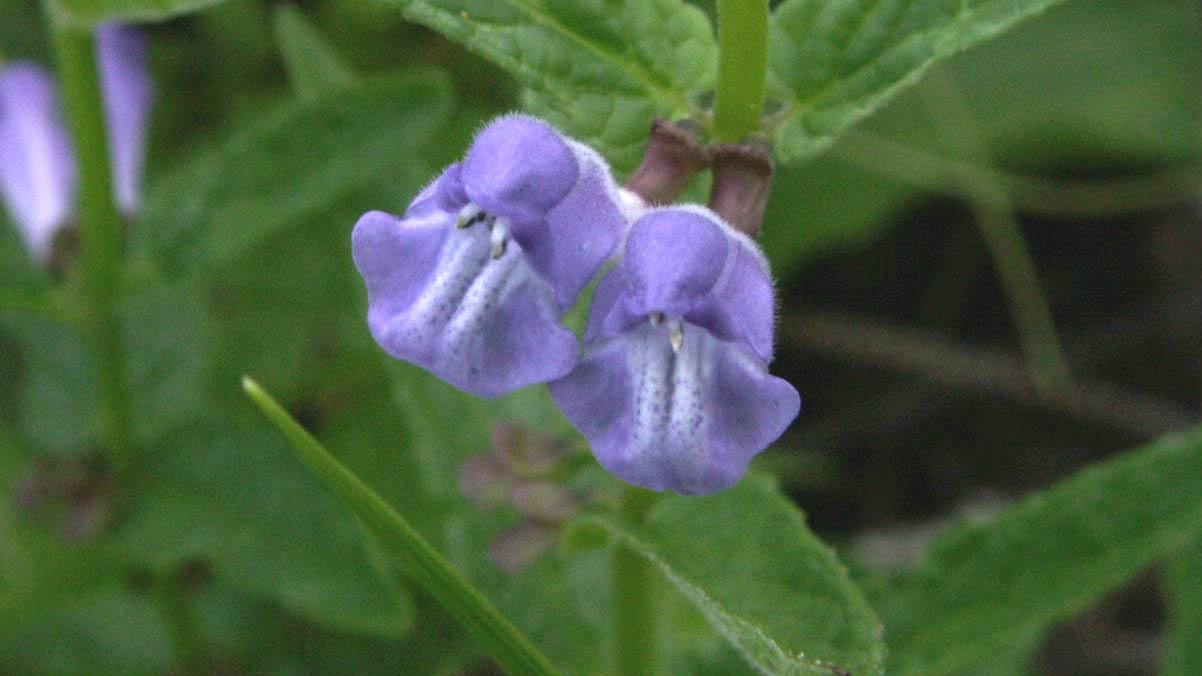 When talking about skullcap, it is important to to take into consideration that skullcaps, in plural, refer to the genus Scutellaria in the mint family, Lamiaceae that contains around 300-400 species.

Skullcap Scutellaria is a perennial herb that grows 60 to 80cm in height.  The flowers are blue.  It is native to North America and can be found in wooded areas in the US and Canada.

The plant’s common name (Galericulata), skullcap refers to the shape of the  the flowers, which resemble small medieval helmets.

The plant can give you a comfortable and relaxed feeling. It helps to reduce feelings of fear, stress, restlessness and anxiety. It can help you to have a good nice rest or to prepare for meditation.  It can also gives you a light high from time to time!

Skullcap as an aphrodisiac

Skullcap is an effective aphrodisiac because it relaxes the central nervous system and reduces pain.  And we all know how important it is to be relaxed when engaging intimately with your significant other.  It also increases lubrication  to make the experience a more pleasurable one and it tones the nervous system making it more responsive to sexual desire. 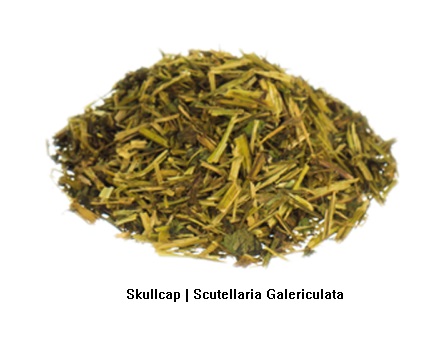 How to use Skullcap

To use Skullcap you can either make it into a tea or smoke it.

For an aphrodisiac tea, all you need is to mix 1 or 2  grams per cup of tea and let it rest for 15 minutes.  Effects take about 45 minutes to kick in.

To smoke it, simple roll into rolling paper like you would for tobacco.

If you want to make a skullcap tincture, this cool little post by ''Learning Herbs'' will get you started: HOW TO MAKE TINCTURES: SKULLCAP TINCTURE

Clavo Huasca is a large, woody vine that can grow up to 80m in length.   It is found in the Amazon rainforest and other parts of the tropical ecosystem in South America.  The clavo huasca was given its name because  the roots and bark of the vine (two parts which are considered medicinally potent) smell a bit like cloves although they are two unrelated species of plants.

Clavo has been used by Amazon rainforest indigenous populations for many centuries  As a matter of fact, it is used by shamans as an ingredient in various Ayahuasca recipes to help digestion and reduce stomach aches provoqued by the shamanic vision-granting drink that can have unpleasant side effects such as vomiting and diarrhea.

The bark of clavo huasca vine is brewed for extracting an alkaloid phytonutrient named tinantina. It also contains other essential elements such as oils, eugenol and tannic acids.

Clavo, when used in a tincture, is know to be good for skin and hair as it strengthens hair follicles thanks to the essential oils present in the tincture.  The oils help keep the scalp hydrated.

It is know as a natural emollient for the skin, it will treat skin infections and irritations.

Clavo huasca is also used for expelling gas, increasing appetite and stimulating a good digestion, particularly if used as a tincture.

Clavo huasca as an aphrodisiac

Despite its multiple health benefits, its usage as an aphrodisiac is what makes it so popular around the world.  The popularity of Clavo huasca has been spreading in Europe and North America, and with reason.

The indigenous tribes of the Amazon know it to be a powerful impotency remedy, for weak erections, and as an aphrodisiac for men and women, it  will stimulate libido, and sexual desire in men and women.  It is it's special phytonutrients that provide the rapid results.  Phytonutrients, also called phytochemicals, are chemicals produced by plants. Plants use phytonutrients to stay healthy. 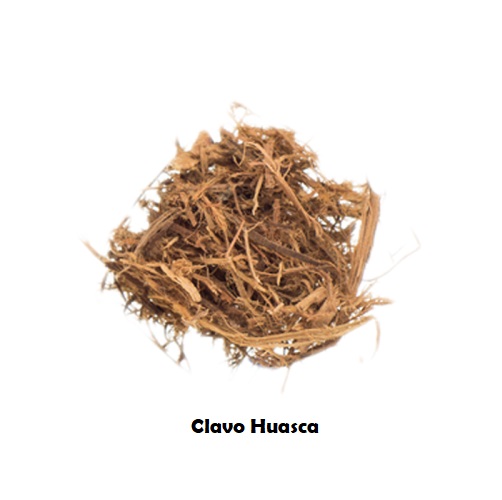 How to use Clavo Huasca

Clavo huasca is prepared traditionally as a tincture, however, is also taken as a wine in South America, and is an effective medicine when taken as a tea made from boiling the vine wood.

We recommend a tea preparation: Pour a cup of hot water over 1 to 2 teaspoons of Clavo Huasca and let it steep for 5 to 10 minutes. Strain and drink this tea 30 minutes before the desired effect.

If you want to make a Clavo Huaca tincture, this cool little post by ''Learning Herbs'' will get you started: HOW TO MAKE TINCTURES

It's scientific name is Ptychopetalum.  It is native to the Amazon rainforest.  You can find them in the jungle in the form of shrubs or small trees that can grow to roughly 14 feet in height.  All parts of this plant can be used medicinally, but it is typically the wood and the roots that get the most attention.

The root and bark are used for a variety of ailments by indigenous peoples in the Rio Negro area of South America.  Some of these ailments include rheumatism, neuromuscular problems, gastrointestinal upset, influenza and sexual debility.

There are many studies that demonstrate that muira puama extracts have great anti-fatigue, anti-stress, and central nervous system effects in humans and animals.  There is even evidence that it may reduce body fat percentage, increase lean muscle mass, and lower cholesterol in humans and animals with long-term use.

Women have used muira puama to treat the discomforts of menopause, as well as cramping associated with menstruation

Muira Puama as an Aphrodisiac

Muira puama is often referred as the ''Viagra of the Amazon'', and with reason.  It is considered to be a natural libido enhancer for both women and men, it carries it's name well: ''Potency Wood''.

Although there are benefits for both sexes, Men will find much solace in Muira puama, here are some of the sexual benefits as reported by Dr. Jacques Waynberg in a study using Muira puama on 262 men who had impotence and lack of libido:

Muira puama does have a stimulant effect that leaves the user with a general feeling of well-being when taken in proper doses. 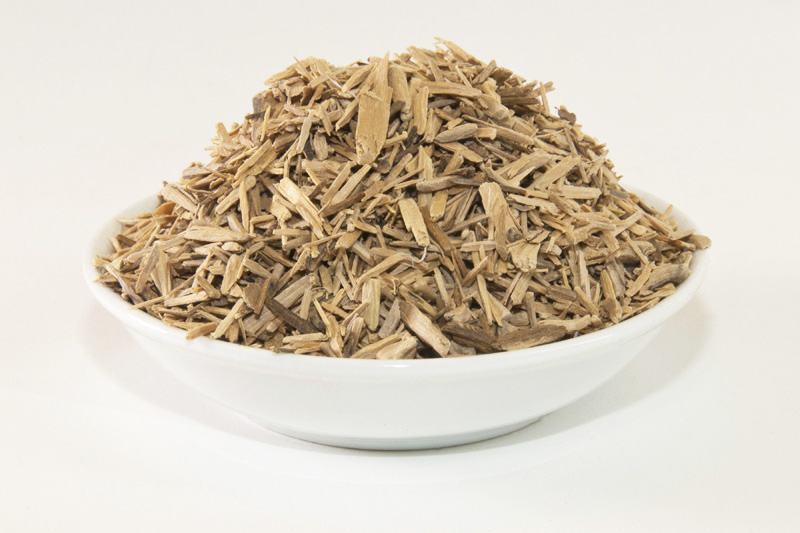 How to use Muira Puama

The indigenous populations of the Amazon rainforest have traditionally taken Muira Puama by chewing the bark or brewing a tea.  Today it is still commonly used in a tea.

Add 1 teaspoon of the herb per cup, and boil this for 15 minutes. Effects will be felt after 30 minutes.

You can also use it in a tincture, as with the other herbs above, here is the method to make a tincture: HOW TO MAKE TINCTURES

After learning about these amazing LOVE herbs or aphrodisiacs, why not try them and see for yourselves?